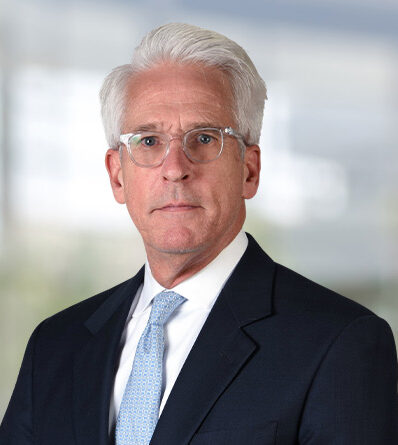 “They’re awesome. They’re very professional, straightforward and knowledgeable. They’re also good at what they do and responsive.”

Wyatt’s team of litigators has the experience necessary to handle any commercial dispute, no matter how complex.

Our clients have included a wide array of publicly traded and closely held companies of all sizes; executives and employees of those companies; professional firms; government contractors; both national and regional financial institutions; many departments of local, state, and federal government; the past four Kentucky governors; a state supreme court justice; and Muhammad Ali, just to name a few.

Wyatt’s business litigators are exclusively focused on getting the best results possible for you, whether that means giving advice to help avoid litigation altogether, finding the path to settlement or alternative resolution that minimizes exposure, or trying a case to verdict and seeing it through on appeal.  We believe any representation starts with gaining an understanding of your business and the challenges you face.  Then we partner with you to achieve your goals.

Our clients have enjoyed major legal successes as a result of our work.  A few examples include:

Wyatt’s Reputation at Work for You

Benchmark Litigation notes that our clients laud Wyatt’s commercial litigators for their “market reputation, demonstrable competency, and wide array of legal experience and expertise.”  Likewise, clients report being “well served in ongoing advice, outcomes of mediation and lawsuits,” and in minimizing exposure.  Benchmark Litigation reports that our practice also “receives consistent mention from peers, with special mention made of its huge depth of practice areas and skill sets.”

A large academic medical practice received a series of Civil Investigative Demands and subpoenas from the U.S. Department of Justice,...

We were engaged to represent a Kentucky and West Virginia child psychiatrist who had been indicted for Medicaid Fraud. The...

Read More
Education, Litigation & Dispute Resolution, Taxation
A Win for the School Board – and Thousands of Kids

In 2020, the Board considered at length, and ultimately decided to approve, a tax increase to improve outcomes for tens...