Wyatt attorney, Daniel P. Reed, a member of the firm’s Litigation and Dispute Resolution team, was recently selected to be head coach of the University of Louisville Law School’s Intrastate Mock Trial Team. The Kentucky Intrastate Mock Trial Competition is an annual event that hosts competing teams from each of Kentucky’s three law schools. Each school fields two teams, for a total of six sets of competitions. The event site rotates each year between the three in-state law schools.

Reed, an alumnus of the Brandeis School of Law, is a former member of the Intrastate Mock Trial Team and was crowned champion of the event as a competitor in 2014. “It feels like I’ve come full circle,” Reed said. “It’s an honor to be named coach of this team and to have the opportunity to represent my alma mater.” When asked what he expects to bring to the team as a coach, Reed replied, “My goal is to help prepare students to zealously advocate for their clients with confidence, poise, and civility.”

In addition to his participation on the Intrastate Team, Reed’s aptitude for trial advocacy led to a CALI Award for the highest grade in Trial Practice while at UofL. After graduating law school, Reed clerked for a federal magistrate judge and has since been practicing law at Wyatt, where he assists with the representation of a broad range of clients in a variety of cases. Reed concentrates his litigation practice in the areas of commercial litigation, construction, zoning and land use, as well as labor and employment law. 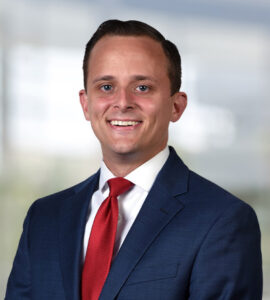