In a yet-to-be published Opinion rendered September 28, 2017, the Kentucky Supreme Court, in a matter of first impression, dealt with whether the Clean Air Act (CAA) preempts state common law tort claims for damages or injunctive relief where harm is alleged to result from air pollutant emissions authorized by a permit issued by a regulatory authority entrusted to carefully balance environmental and economic factors. In Brown-Forman Corporation and Heaven Hill Distilleries, Inc. v. George Miller, ___S.W.3d__ (2017), 2017 WL 4296968, Plaintiff seeks to certify a class action based upon the alleged accumulation of “whiskey fungus” on surfaces in proximity to Defendants’ alcoholic beverage production and warehousing operations. In addition to seeking class certification for alleged damages to both real and personal property, Plaintiffs brought claims based upon negligence and gross negligence, temporary nuisance, permanent nuisance, trespass and an alleged right to injunctive relief. While the Court held the CAA does not preempt Kentucky common law, it held injunctive relief is not an available remedy.

In the trial court, Defendants filed a motion to dismiss for failure to state a claim upon which relief could be granted asserting, among other defenses, that the CAA preempted Plaintiff’s claims. The trial court granted Defendants’ motion to dismiss holding that the federal CAA preempted Plaintiffs’ state common law claims. Plaintiffs appealed and the Court of Appeals reversed and remanded holding that the CAA did not preempt Plaintiffs’ claims. The Supreme Court granted Defendants’ motion for discretionary review.

The Supreme Court adopted the Sixth Circuit’s analysis on the question of preemption in Merrick v. Diageo Americas Supply, Inc., 805 Fed.3d 685, 686 (6th Cir. 2015). In Merrick the Sixth Circuit concluded that a states’ rights savings clause in the CAA expressly preserved state common law standards under which the plaintiffs had sued. Id. at 690. The Sixth Circuit also observed that permitting states to apply their common law to emissions advanced the Act’s stated purpose by empowering states to address and curtail air pollution at its source. Id. at 691. Finally, the Sixth Circuit noted that the U.S. Supreme Court articulated the same conclusion when discussing whether the Clean Water Act preempts state common law claims. In Int’l Paper Co. v. Ouellette, 479 U.S. 481 (1987), the Supreme Court interpreted the Clean Water Act to preempt the common law of a state which adjoins a state where a Clean Water Act regulated discharge occurs. However, in dicta, the Court noted that a states’ rights savings clause did preserve claims based on the law of the state where discharge occurred. The Sixth Circuit held that the Oellette’s court’s interpretation of the Clean Water Act “leads directly to the conclusion that the analogous states’ rights savings clause of the Clean Air Act similarly preserves claims based on the law of the source state.” Id. at 692.

Adopting the Sixth Circuit’s analysis, the Kentucky Supreme Court explained that the text of the CAA, its legislative history, Supreme Court analysis construing virtually identical provisions of the Clean Water Act, persuasive opinions from other courts and the strong presumption against preemption in the field of environmental regulation led it to hold that the CAA did not preempt plaintiff’s state tort law causes of action. 2017 WL 4296968 at 5. Nor does the CAA preempt a trial court from awarding monetary damages on state tort causes of action. Id. at 6.

The Court noted that both Brown-Forman and Heaven Hill held permits issued pursuant to the CAA and Kentucky regulations that reflect a careful balancing of the economic and environmental impacts and through a process that gives citizens the opportunity for input. The Court concluded that “so long as companies operate within the bounds of their permits concerning air pollutants…injunctive relief for an alleged nuisance is not an appropriate remedy.” Id. In a footnote the Court noted that its holding was limited to injunctive relief in nuisance cases where a regulatory authority had issued a permit after carefully balancing environmental and economic factors. It further noted that issuing an injunction to require different technology to prevent a nuisance is markedly different than issuing an injunction for other purposes, such as when public health or the environment are endangered or there is a violation of law. Id.

The Court went on to observe that even though the states’ rights savings clause “reserves to the states the power to adopt and enforce more stringent standards,” by prohibiting the Energy & Environment Cabinet from issuing regulations more stringent than federal requirements through its enactment of KRS 224.10-100(26) “the Kentucky General Assembly has restricted the [Cabinet] from exercising that saved power.” The Court noted that this explicit prohibition against issuing more stringent regulations was persuasive as to the legislators intent. Id.

Finally, the Supreme Court acknowledged the problems that would occur if individual state courts were allowed to decide pollution control requirements different than those imposed by a permit.

We hold that the requested injunction, which would require implementation of a particular type of pollution-control technology not required under Brown-Forman’s and Heaven Hill’s permits, conflicts with the Act by invading EPA and Metro District’s “regulatory turf,” id. in a manner that the Kentucky General Assembly has spoken against. Therefore, an injunction to control an alleged nuisance when the state has already specifically balanced those factors is inappropriate. To conclude otherwise would produce the untenable situation identified in American Electric Power where courts act on limited records on an ad-hoc basis in an arena where they do not possess the necessary scientific, economic and technological expertise. We cannot have the circuit courts of this Commonwealth imposing pollution control technologies on distillers that might differ from circuit to circuit. The impact on the bourbon industry would be far too dire. Id.

The Supreme Court’s rejection of individual plaintiffs using common law tort theories to enjoin the emission of air pollutants authorized by a state or Louisville Metro Air Pollution Control District permit has application to all industries in the Commonwealth. While a plaintiff may pursue common tort theories to recover damages caused by those emissions, it is precluded from having a judge or jury rely on tort law to determine how those emissions should be limited or otherwise controlled.

Kentucky statutes that impose permit requirements and standards for discharges of water pollutants within the Commonwealth do not include restrictions similar to those found in KRS 224.10-100(26) for regulations applicable to air emissions. For that reason the holding in Brown-Forman Corp. v. Miller is persuasive but not necessarily binding in precluding a tort based claim for injunctive relief that seeks greater treatment requirements than those imposed by a Kentucky-issued water discharge permit. Nevertheless the same reasoning to limit ad-hoc decision making that might differ from circuit to circuit applies. Regarding the management of hazardous wastes, because KRS 224.46-510(3) directs the Energy and Environment Cabinet to promulgate criteria and lists by which wastes may be determined to be hazardous to be “identical to any such criteria promulgated by the U.S. Environmental Protection Agency acting pursuant to the federal Resource Conservation and Recovery Act of 1976 as amended (Public Law 94-580)” the Court’s decision in Miller is strong support for precluding claims for injunctive relief that seek to impose more stringent practices for managing hazardous waste than required by Kentucky permits. 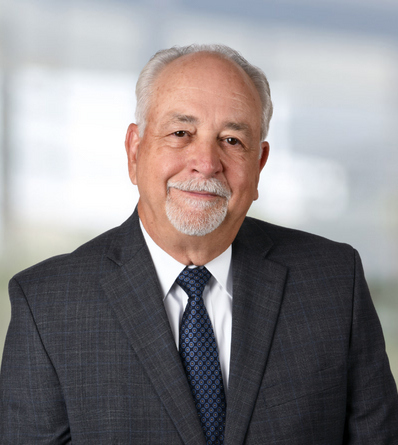 Donald J. Kelly
Don Kelly is a member of the Firm’s Litigation & Dispute Resolution Service Team and serves as the Chairman of the Firm’s Executive Committee. He concentrates his practice in the areas of complex commercial disputes, toxic tort and related environmental litigation and products liability.  Read More
Recent Posts
Nationwide COVID-19 Public Heath Emergency to End in May
New Federal Protections for Employees Who are Pregnant or Nursing
Supreme Court to Consider Changing Standard for Analyzing Religious Accommodations in the Workplace
Topics
Clean Air Act
environmental
Regulatory Air Permit
Supreme Court
Follow us via Email
Enter your email address to follow the Environmental Update blog and receive notifications of new posts by email.
Previous
Next