The recent and unexpected death of Justice Antonin Scalia at a West Texas ranch may affect the decisions in several employment-related cases pending before the U.S. Supreme Court this term.  The nine-member body—now reduced to eight—faces a variety of controversial issues predicted to divide the Court along ideological lines.  Prior to Scalia’s passing, the Court generally could be described as containing four conservatives and four liberals, with Justice Anthony Kennedy providing the swing vote.  Without Scalia, the influence of the conservative wing is weakened.  A 4-4 decision will result if Kennedy joins the remaining conservatives in any vote opposite the perceived liberal justices.

When the Court is split 4-4, the lower court’s decision stands, and no national precedent is set.  Moreover, any circuit split the Court might have wished to resolve will remain unchanged.  Rather than render a 4-4 decision, the Court could order the case to be reheard next term—when a new appointee might be seated.  That option, however, depends on whether the Court believes that a confirmation could occur in the near future.  The potential impact of Scalia’s loss on the cases discussed below highlights the significance of a single justice in crafting national law and policy affecting employers.

Friedrichs v. California Teachers Association presents a substantial challenge to the power and finances of public-sector unions.  California, like many states, allows a union to become the exclusive bargaining representative for a school district if a majority of the employees consent.  As an exclusive representative, the union may then enter into an “agency shop” arrangement with the school district.  Under such arrangements, union members are required to pay dues and non-members are required to pay “agency” or “fair share” fees, which are typically equivalent to dues.  Agency fees, however, are limited to funding activities germane to collective bargaining.  Expenses arising from activities unrelated to collective bargaining are non-chargeable.  Non-members must receive notice of and have a right to affirmatively opt out of the non-chargeable portion of the agency fee.  In Friedrichs, the Supreme Court will consider whether requiring non-members to pay agency or fair share fees violates the First Amendment, given the politically charged nature of union activities.  Alternatively, the Court will consider whether the affirmative opt-out procedure for the non-chargeable portions violates the First Amendment.  The possible 4-4 split would affirm the Ninth Circuit’s decision upholding the constitutionality of the mandatory union fees.

In Tyson v. Foods, Inc. v. Bouaphakeo, current and former workers at a meat-processing plant asserted a collective action under the Fair Labor Standards Act (“FLSA”) and a Rule 23 class action under the corresponding state wage-and-hour law for overtime pay allegedly owed by their employer.  The employer required the workers to wear certain sanitary and protective equipment, but it typically did not compensate workers for the time needed to put on and take off the equipment or the time spent walking to and from the locker room.  The district court conditionally certified the FLSA collective action and certified the Rule 23 class.  At trial, the workers used statistical data to establish damages and obtained a verdict for $5.8 million.  The Supreme Court will consider the extent to which statistical data may be relied upon in collective and class actions, particularly in the context of wage-and-hour disputes.  The possible 4-4 split would affirm the Eighth Circuit’s decision in favor of the workers.

Zubik v. Burwell is one of seven consolidated cases in which the Supreme Court will consider whether the Affordable Care Act’s (“ACA”) contraceptive mandate for employer-provided coverage and the attempt to accommodate religious nonprofits violate the Religious Freedom Restoration Act (“RFRA”).  The accommodation at issue has undergone a series of revisions since the Department of Health and Human Services initially promulgated the contraceptive mandate.  The current version requires a religious nonprofit, such as a charity, school, college, and hospital, to notify the government of its objection to providing contraceptive coverage.  The government then works directly with the nonprofit’s health insurer to provide the coverage.  Put simply, the government argues that the accommodation cures the religious conflict by taking the nonprofits out of the loop, but the religious nonprofits contend that the government is hijacking their insurance plans to hand out contraceptives.  The possible 4-4 decision would affirm the government’s victories in the lower courts, and it would leave a circuit split intact.  The Eighth Circuit ruled in favor of the nonprofits after the Zubik cases began arriving before the Supreme Court. 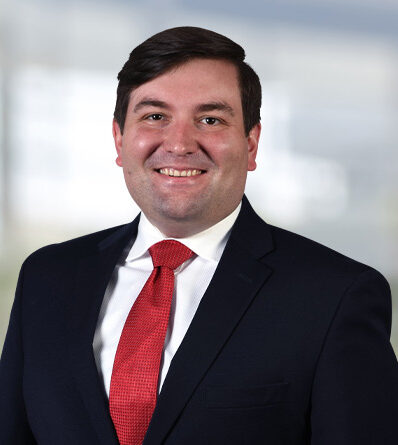