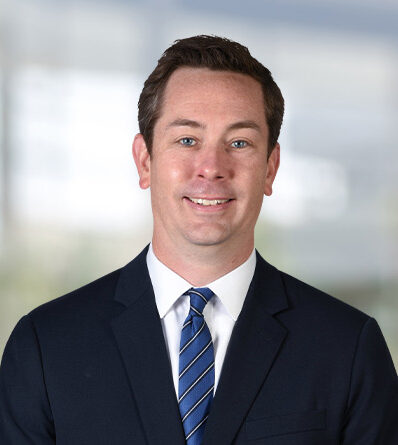 As a construction attorney, my clients achieve success when a project is complete. But clients often measure project success in stages – the planning/design of a project; executing the contract to build the vision; completing construction; and the owner moving in. Whether I represent an owner, contractor, or design professional, great projects yield collaborative success when the project is complete. Additionally, avoiding disputes during and after a project is a great success, but if a dispute arises, success is achieved when we vigorously and efficiently resolve the issue so that everyone can focus on the next project.

Brian Veeneman is a member of the Firm’s Litigation & Dispute Resolution Service Team. He maintains an active litigation practice representing primarily public and private construction owners, general and specialty contractors, material suppliers, design professionals and bonding companies across the country on engineering and construction-related issues.  His work involves counsel regarding contract drafting, standardization and negotiation while providing advice to project participants prior to commencement of the project.  Mr. Veeneman also guides clients in resolving problems arising either during a project or post-project completion including issues relating to scope, defective design or construction, scheduling or delay, safety (OSHA), prevailing wage, payment, surety bonds, mechanics’ liens and project close out, among others.  Mr. Veeneman leads clients through all types of dispute resolution procedures, including negotiation, mediation, administrative hearings, binding arbitration, litigation and appeals.