Trademark infringement litigation often boils down to a court’s determination as to whether an alleged infringer’s use of a trademark is likely to confuse the consuming public as to the origin of the goods or services offered under the mark. But some cases never make it that far. In the Sixth Circuit, a trademark owner generally cannot advance trademark infringement claims beyond the initial stages of litigation without making a threshold showing that an alleged infringer “used” the mark “in a trademark way,” i.e., in a manner that signifies the source of the goods.[1] If a litigant cannot make this preliminary showing, “trademark infringement and false designation of origin laws do not apply,” obviating the need for the court to assess the likelihood of confusion.[2]

The U.S. Court of Appeals for the Sixth Circuit recently demonstrated this “non-trademark use” prohibition in its January 11, 2021 opinion styled Rupp v. Courier-Journal, Inc., — Fed. Appx. — (6th Cir. 2021). In Rupp, the owner of the “Derby Pie” trademark for a “well-known chocolate nut pie” sued Louisville, Kentucky’s flagship newspaper, the Courier-Journal, for trademark infringement and false designation of origin in connection with the newspaper’s use of the words “Derby Pie” in two articles published around the time of the 2017 Kentucky Derby.[3] The first article, titled “Bourbon makes this Derby pie a state original,” provided a recipe for “Derby chocolate-walnut pie” which purportedly originated at the Captain’s Quarters restaurant in Louisville.[4] The second article “was a biographical piece about a Louisville baker who makes various flavors of macarons, one of which is ‘Derby Pie.’”[5] The U.S. District Court for the Western District of Kentucky dismissed the complaint, reasoning that the Courier-Journal used “Derby Pie” in a non-trademark manner in both publications.

On appeal, the Sixth Circuit upheld the dismissal and adopted a substantial portion of the lower court’s rationale. Specifically, the court held that the Courier-Journal’s use of “Derby pie” in the first article was wholly descriptive, “simply inform[ing] the reader of the type of pie—a chocolate walnut pie—that the reader can make from the recipe provided.”[6] The court supported this conclusion by citing plaintiff’s counsel’s statement that “People say Derby-Pie® as shorthand for chocolate nut pie the way they say Xerox when what they mean is a copy or copier.”[7] The court further opined that dismissal based on non-trademark use was appropriate because the article twice identified the recipe as originating from Captain’s Quarters restaurant, not the plaintiff.[8]  Moreover, the court found that, because the recipe cited by the Courier-Journal differed from the plaintiff’s recipe in that it contained bourbon and did not call for vanilla, no reader could possibly think the “Derby pie” recipe published by the Courier-Journal came from any company associated with the plaintiff.[9] And, finally, the headline merely used the word “Derby” to modify “pie,” a “typical play on words seen in newspapers that, here, both tips off the reader to the generic flavor of pie discussed and the event celebrated by the making of that pie.”[10]

Concerning the second article, the court reasoned that the Courier-Journal’s use of “Derby Pie” in the “story of an independent, small business owner, i.e., a baker, who makes ‘Derby Pie’ flavored macarons, not pies” was merely descriptive of a flavor of the baker’s macarons.[11] The court explained: “‘Derby Pie,’ like ‘Mint Julep’ and ‘Peach Tea’ as used in the article, informs the reader of the general flavor, not the origin, of the macaron.”[12] A noteworthy aside, after twice citing “descriptiveness” as a deciding factor in applying its “non-trademark” use test, the Sixth Circuit stated that “there is little substantive difference between the non-trademark use rule and the fair use defense” provided by the Lanham Act, 15 U.S.C. §1115(b)(4).[13] Descriptiveness notwithstanding, the court found that in the second publication, like the first, “‘Derby Pie’ cannot be said to identify the source of the macaron when the actual source of the macaron is explicitly identified in that article.”[14] Nor did the plaintiff actually sell macarons, further persuading the court that there existed no association between the plaintiff and the “Derby Pie” flavored macarons described in the article.[15]

Notably, both the district court and the court of appeals declined to address the Courier-Journal’s lead argument that the First Amendment of the U.S. Constitution affords it complete protection from trademark liability in the context of its newsgathering activities.[16] Relying on the Second Circuit Court of Appeals’ landmark decision in Rogers v. Grimaldi – a case the Sixth Circuit has adopted[17] – the Courier-Journal argued the proposition that the Lanham Act governing trademarks “should be construed to apply to artistic works,” in this case newspaper publications, “only where the public interest in avoiding consumer confusion outweighs the public interest in free expression.”[18] The district court, however, declined to dismiss the complaint on this basis, observing that no U.S. circuit courts of appeals, and only one federal district court, had ever extended these First Amendment protections to newsgathering activities.[19] The Sixth Circuit likewise declined to address the issue deeming it unnecessary to the resolution of the case. As such, whether the First Amendment shields newspapers from trademark liability in their newsgathering activities remains tabled for another day.Please let us know if your company would like to discuss trademark prosecution and enforcement with the intellectual property service team at Wyatt, Tarrant & Combs, LLP. 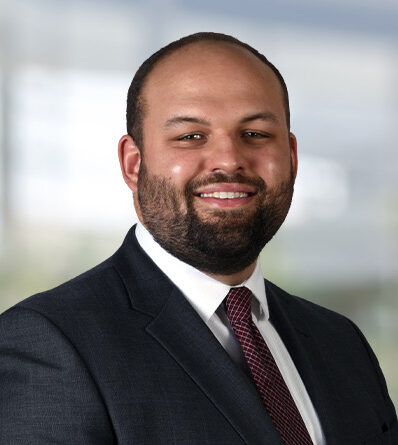