The F-Word on Trial: The Supreme Court Invalidates the Ban on Registration of “Immoral or Scandalous” Trademarks

In a 6-3 ruling announced last Monday, the Supreme Court struck down the Lanham Act’s longstanding prohibition on registering “immoral or scandalous” trademarks. The decision in Iancu v. Brunetti is the culmination of Erik Brunetti’s 8-year battle to register the name of his edgy streetwear brand, FUCT. Billed as an acronym for “Friends You Can’t Trust,” pronouncing the brand name out loud is “the equivalent of [the] past participle form of a well-known word of profanity.” In what may have been a first for the Supreme Court, both attorneys and Justices refrained from even saying the contested trademark on oral argument, opting to use “safe-for-work” references to “Mr. Brunetti’s mark” instead.

Although their discomfort with the mark seemed obvious, upholding the statute as written was limited by the Court’s 2017 precedent set forth in Matal v. Tam, which held that the Lanham Act’s prohibition against registration of disparaging marks in Section 2(a) violates the Free Speech Clause of the First Amendment.

In the Tam case, Sima Shiao Tam filed an application with the USPTO to register the mark THE SLANTS for use in connection with live performance by a musical band, but the examining attorney refused to register the application on the basis that the mark consisted of matter that might disparage, bring into contempt, or disrepute persons, institutions, beliefs, or national symbols in violation of 15 USC §1052.  In the case of Tam, unlike other marks examined under §1052, the applicant seeking to register the mark was a member of the group of people the mark would have traditionally disparaged, which made the case particularly challenging to analyze. The Supreme Court, in that case, affirmed the Federal Circuit’s decision, rejecting the government’s arguments that trademarks are government speech and not private speech, and determined that the disparagement clause goes too far in serving the government’s interest.

In keeping with Tam, Justice Elena Kagan found the “immoral or scandalous” grounds of refusing registration to be viewpoint-biased. Writing for the majority, she noted that each term, on its face, “distinguishes between two opposed sets of ideas: those aligned with conventional moral standards and those hostile to them; those inducing societal nods of approval and those provoking offense and condemnation.” The majority noted that this viewpoint bias was similarly evident in the way the statute was applied. The Patent and Trademark Office has refused to register marks with offensive views on drugs, religion, and other controversial subjects, for example, while simultaneously conferring protection on more socially-acceptable expressions of the same topic. Kagan granted that the rationale and interests driving these decisions are logical, but ultimately, the “immoral or scandalous” bar violates the First Amendment by discriminating against certain viewpoints.

Although the Brunetti decision is widely regarded as predictable in light of the precedent set by Tam, it does not come without significant disagreement. In fact, four separate concurring and dissenting opinions were published to express the justices’ various levels of concern about the implications of allowing offensive marks to be registered. Even in concurring with the majority, Justice Samuel Alito lamented that “registration of such marks serves only to further coarsen our popular culture.” He urged Congress to step in quickly to fill the resulting void with a “more carefully focused statute.”

This concern was heightened by the fact that, post-Tam, the “immoral” and “scandalous” grounds for refusal were the Lanham Act’s last remaining defenses against obscene or profane marks making their way onto the federal registry. Striking these provisions from the statute would render the government powerless to refuse registration for images and designs incorporating pornography, for example, or standard character marks incorporating “one particularly egregious racial epithet” or other “four-letter words.” Chief Justice John Roberts and Justices Stephen Breyer and Sonia Sotomayor each agreed with the majority’s conclusion that the ban on “immoral” marks could not be upheld, but would have preserved a bar on the most offensive marks by narrowing the definition of “scandalous” within the meaning of the statute to prohibit “obscene, profane, or vulgar” marks from registration.

Chief Justice Roberts, for his part, recognized that barring certain marks from registration would not punish anyone, infringe on an owner’s rights to use a mark, or even prevent a mark from being used in commerce as a source indicator of particular goods or services. Rather, upholding a narrowed definition of “scandalous” to incorporate marks that are offensive only because of their mode of communication–as opposed to the ideas they express–would further legitimate government interests. The Patent and Trademark Office (“PTO”) should not be required to confer government benefits of “aid and comfort” to marks they would rather not associate with in the first place. (Interestingly enough, Chief Justice Roberts did not make the same observation–that trademark registration functions more as a government benefit than a restriction of speech–when the Tam case was decided two years ago.)

Justice Breyer’s divided opinion emphasized the need to scrap the traditional category-based framework for analyzing potential First Amendment violations altogether. Particularly with regard to circumstances like trademark registrations, the distinctions between content vs. viewpoint discrimination, and commercial vs. government speech, are hazy and not particularly helpful or instructive. Instead, Breyer reiterated his long-held position that the Court should focus its analysis on whether the “regulation at issue works speech-related harm that is out of proportion to its justifications.” Like Roberts, Breyer noted that the government has an interest in not promoting vulgar speech. The government’s interests also extend to protecting the sensibilities of children encountering marks in the marketplace, ensuring the efficiency within commerce that trademarks are designed to facilitate, and aiding customers in identifying products and associating them with their underlying source. Given these considerations, Breyer determined that a ban on registering “scandalous” marks–again, as narrowly constructed–would be justified and not disproportional to the marginal impact it may have on speech. (Breyer’s comment seems to be undermined by the fact that there is no requirement to register a mark, thus, it is unlikely that denying or not denying a mark based on its immoral or scandalous nature is going to have any impact on whether children are exposed to a mark in the marketplace.)

Breyer also joined Justice Sotomayor’s divided opinion, which delved deeper into interpreting the text of §1052(c) to determine the meaning of “scandalous” within its context. Sotomayor rejected the notion that “immoral or scandalous” should be read together as a unitary standard. (It bears noting here that the PTO has, in fact, been applying “immoral or scandalous” as a single prohibition; however, the dissenting justices insist that revised guidelines could be applied moving forward.) Rather than one phrase, the wording of the statute confirms that “immoral” or “scandalous” should be read as “distinct, non-redundant” grounds for refusing registration. Relying on past Supreme Court precedent affirming that legislation should be read to give meaning to each word, and that, to the extent possible, the Court should construe ambiguous terms in a manner that would allow upholding a statute as written, Sotomayor laid out a compelling case that “scandalous” not only can be construed narrowly–but should be. Narrowing “scandalous” to refer only to those marks that are obscene, vulgar, or profane would render the provision viewpoint-neutral content discrimination, which does not violate the First Amendment when employed within a discretionary government program or limited forum, such as the federal trademark register. Narrowing the definition of “scandalous” would therefore prevent a “rush to register trademarks for even the most viscerally offensive words and images that one can imagine.”

Ultimately, however, the majority rejected Sotomayor’s dissent as “statutory surgery,” finding that “scandalous” is not an ambiguous term, but rather an unconstitutionally broad one. So what now? What should we make of the harsh warnings issued by Alito and Sotomayor for the future of the trademark registry?

The dissenting justices are certainly correct that the PTO can no longer issue refusals for marks on the basis of their repugnancy. The speculation that Brunetti will open the floodgates for all types of obscene, vulgar, and profane marks, however, may be overblown. In order for these offensive marks to function as trademarks eligible for federal protection, they still need to meet the baseline requirements applicable to all marks. The marks must either be used in commerce, or the owner (s) must express their intent to use the mark in commerce within a particular window of time. Moreover, the mark must function as an indicator of source of the correlated goods or services, and not in some merely ornamental sense, splashed across the front of a hat or t-shirt. These requirements may weed out the bulk of applications for marks that are simply using an obscene image, or attaching a swear word for its effect.

Then again, for marks like Brunetti’s that have developed secondary meaning in the minds of consumers, the PTO may well be… you know, like “Friends You Can’t Trust.” 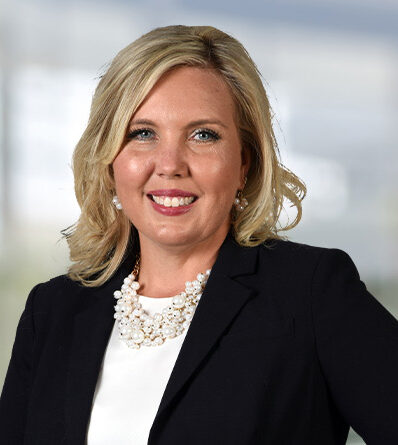 Michelle Browning Coughlin
Michelle Browning Coughlin is a member of the Firm’s Intellectual Property Protection & Litigation Service Team.  She concentrates her practice in the areas of trademark and copyright transactional work; trademark  strategy, clearance, prosecution and enforcement and the management of multi-national trademark portfolios.  Ms. Browning Coughlin also advises clients regarding privacy and data security issues, including HIPAA, cloud-computing, FTC and compliance issues relating to the collection of information through websites and mobile applications, and with drafting privacy notices and terms of use. Read More 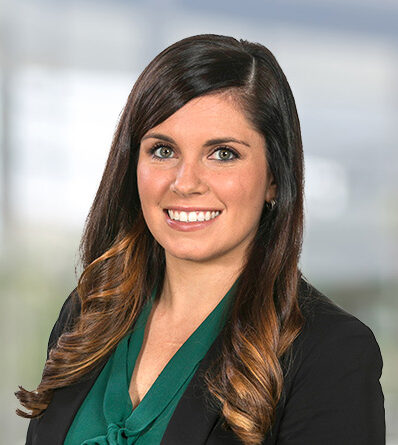