In an opinion published on May 16, 2011, the U.S. Supreme Court held that private litigants cannot bring False Claims Act (FCA) lawsuits that are based upon information they learned from a federal agency’s written response to a Freedom of Information Act (FOIA) request.  The basis of the Court’s holding in this case, Schindler Elevator Corp. v. United States ex rel. Kirk, is its determination that a federal agency’s written response to a FOIA request, along with any attached records, constitutes a “report” within the meaning of the FCA’s public disclosure bar provision.

The Supreme Court’s holding in Kirk resolves a split in authority among the federal circuit courts of appeals, and resulted in the reversal of the Second Circuit’s opinion that an agency’s response to a FOIA request did not constitute a “report” under the FCA’s public disclosure bar.  The Supreme Court remanded the case back to the Second Circuit with instructions to determine whether Kirk’s suit was in fact “based upon … allegations or transactions” disclosed in reports that the Department of Labor produced to Kirk in response to three FOIA requests submitted on his behalf by his wife.  The fact that Kirk’s wife submitted each of those requests well over a year after Kirk had resigned his employment at Schindler suggested to the majority that Kirk necessarily relied on the information he obtained from the DOL in making the allegations in his suit.

The Supreme Court’s opinion in Kirk was written by JusticeThomas, who was joined in the majority by Chief JusticeRoberts and Justices Scalia,Kennedy and Alito. JusticeGinsburg wrote a dissenting opinion, joined by Justices Breyer and Sotomayor. JusticeKagan, the immediate past Solicitor General, took no part in the case since the Government appeared as an amicus in the case in support of Kirk.  The majority and dissenting opinions are in stark contrast, with sharply conflicting views of the evidence in the case and of Congress’s intent when it amended the FCA in 1986 to add the public disclosure bar.

The majority observed in its opinion that Congress added the public disclosure bar to the FCA to preclude private citizens from filing “parasitic” or “opportunistic” FCA suits based on information that the Government already possessed.  The intent, it said, was “to strike a balance between encouraging private persons to root out fraud and stifling parasitic lawsuits.’”  The public disclosure bar provision of the FCA states, in pertinent part that, “[n]o court shall have jurisdiction over an action under [the FCA] based upon the public disclosure of allegations or transactions in a … congressional, administrative, or Government Accounting Office report, hearing, audit, or investigation … unless … the person bringing the action is an original source of the information.”

The majority held that both the plain meaning of the FCA’s public disclosure bar provisions and the history behind the amendment led to the conclusion that the bar encompasses written FOIA responses and any records produced along with such responses.  In the view of the Justices who joined in the majority opinion, the plaintiff’s suit in Kirk was a “classic example of the ‘opportunistic’ litigation that the public disclosure bar is designed to discourage.”  The facts in the case revealed that Kirk resigned his employment at Schindler in August 2003 after a demotion that he felt was intended to force him out.  But it was not until early 2005 that Kirk received the DOL’s responses to his FOIA requests that contained the information on which he based his FCA fraud claim.  Though it remanded the case with instructions to the Second Circuit to determine whether Kirk had relied on the FOIA responses to file suit, it is obvious the majority read the district court’s opinion and that it had decided that Kirk had, in fact, relied on publicly disclosed information.  As the majority put it, “anyone could have filed the same FOIA requests and then filed the same suit.  Similarly, anyone could identify a few regulatory filing and certification requirements, submit FOIA requests until he discovers a federal contractor who is out of compliance, and potentially reap a windfall in a qui tam action under the FCA.”

From the standpoint of the dissenting Justices, the majority’s ruling will result in meritorious FCA suits being dismissed because it will preclude relators like Kirk from using FOIA requests to obtain corroborating evidence they need to satisfy the heightened pleading requirement in fraud cases.  The majority did not directly respond to this concern in its opinion, but noted that an FCA plaintiff, known as a “relator,” who in fact bases his suit on information from a source other than a FOIA request would have a “legitimate argument” that his lawsuit is not based upon publicly disclosed information.

Absent from the Supreme Court’s and the Second Circuit’s opinions was any discussion of whether Kirk’s allegations about his employer’s conduct, regardless of the source, would, if true, add up to the commission of a fraud on the Government.  Based on a review of the district court’s opinion though, it seems that the majority’s conclusion that Kirk’s FCA suit is an example of opportunistic litigation that should be discouraged is apt for reasons that go beyond the mere fact that the suit was based on information obtained from a public source.  The more detailed analysis of Kirk’s allegations in the district court’s opinion, which is reported at 606 F.Supp.2d 448, does address the merits of Kirk’s fraud claims.

The district court examined, and decided to dismiss all but one of Kirk’s claims on the grounds that even if the all the underlying allegations were true they did not describe violations of the FCA.  The sole claim that survived this analysis was the allegation that in bidding on contracts after the year 2001, the defendant, Schindler Elevator, had implicitly made a false certification that it had filed certain required reports with the Department of Labor that, in fact, it had failed to file.  The reports in question were to contain certain census data on Schindler’s workforce which, presumably, would have allowed the DOL to gauge whether Schindler was complying with the Vietnam Era Veteran’s Readjustment Assistance Act of 1972 (VEVRAA), which requires government contractors to take affirmative action to employ and advance veterans who served during the Vietnam War era.

Kirk’s theory was that Schindler’s failure to file these required reports in 2001 and 2003 rendered Schindler ineligible to bid on government contracts and, thus, by implicitly certifying that it had filed through the act of bidding it in effect obtained the contracts by fraud.  Notably though, Kirk did not allege that Schindler overcharged the Government, provided substandard goods or services, or charged it for goods or services that were not provided.  In other words, Kirk made no allegation that the Government got less than what it paid Schindler for.  His allegation was of a technical violation of reporting requirements that were not germane to issue of whether the Government got what it paid for in terms of the actual goods or services received.

While noting that the law did not condone the filing of false certifications, the district court observed that “the FCA is not the appropriate avenue for challenging every alleged falsity submitted to the government or every instance of regulatory noncompliance.”  Citing Mikes v. Strauss, 247 F.3d 687, 697 (2d Cir. 2001)(“[A] claim for reimbursement made to the government is not legally false simply because the [contractor] failed to comply with mandates of a statute, regulation, or contractual term that is only tangential to the service for which reimbursement is sought.”).  The district court observed that the VEVRAA itself provides veterans a direct avenue to challenge an employer’s alleged noncompliance and that Kirk pursued that avenue by filing a claim with the DOL that the DOL dismissed for lack of evidence.

Though the district court obviously had serious doubts that the allegation that Schindler had falsely certified having filed census reports stated a claim for a violation of the FCA, it did not dismiss this last part of Kirk’s claims on those grounds.  It was this claim that the district court determined was barred by the public disclosure bar.  The Court analyzed the chronology of Kirk’s employment and his post-resignation FOIA requests and came to the conclusion that Kirk’s allegation that Schindler had falsely certified compliance with VEVRAA’s reporting requirements was barred because it was necessarily based at least in part on the information that Kirk obtained from the DOL via FOIA requests.

In by far the most common scenario, the relators who file FCA suits are employees or former employees of a business that sells goods or services to the Government.  From the employer perspective, therefore, the immediate effect of the Kirk opinion will be to reduce the threat that disgruntled employees and former employees and other profit-seeking ‘opportunists’ who would otherwise lack a factual basis to file an FCA suit might utilize FOIA requests to dig up information with which to cobble together fraud allegations and file suit. 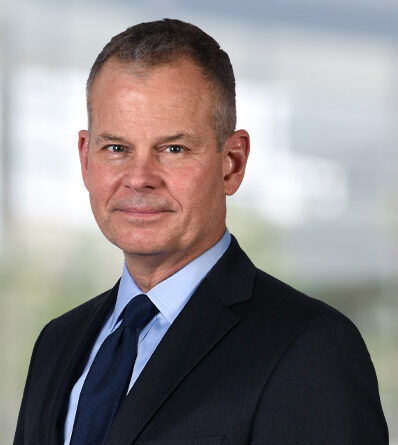 David A. Calhoun
David Calhoun is a member of the Firm’s Litigation and Dispute Resolution Service Team, and also serves as the Firm’s Deputy General Counsel and Deputy Partner in Charge of Ethics and Loss Prevention. He has more than 22 years of experience as a trial and appellate lawyer, serving as lead counsel for both plaintiffs and defendants in a wide variety of complex commercial, insurance, securities, intellectual property, and trust and estates disputes. Mr. Calhoun’s clients include... Read More
Recent Posts
Kentucky Face Covering Mandate Amended
CMS Announces Increase in Medicare Payments for COVID-19 Monoclonal Antibody Infusions
HHS Ensures Reimbursement for COVID-19 Vaccine Administrations Not Covered by Insurance
Topics
False Claims Act
Kirk
Supreme Court
Follow us via Email
Enter your email address to follow the Employment Law Report blog and receive notifications of new posts by email.
Previous
Next