Posted on August 24, 2018 | Dianne Schifferdecker
By Julie A. Laemmle

In 2015, BladeRoom Group, Ltd. (“BRG”) and Bripco (UK) Limited (“Bripco”) filed suit in the United States District Court, Northern District of California, alleging that Facebook as well as Emerson Electric Co., Emerson Network Power Solutions, and Liebert (collectively “Emerson”), stole its designs for pre-fabricated modular facilities to build the Facebook data center in Lulea, Sweden. The lawsuit also contended that Facebook published the data center ideas on an Open Compute Project blog in violation of the Open Compute rules, which stipulate that members can only share intellectual property with the owner’s consent. BRG ultimately sought $365 million in damages from its claims for trade secret misappropriation, breach of contract and violation of California’s Unfair Competition Law.

BRG claims it met with the Facebook and Emerson executives in the summer of 2011 and discussed BRG’s technology shortly thereafter. Subsequent to this meeting, Facebook asked BRG for a proposal on designing a data center to be constructed in North Carolina, but not before BRG and Facebook signed a non-disclosure agreement. BRG then provided its proposal to Facebook in November 2011, at which time Facebook requested more confidential information, a tour of BRG’s English facilities and an in-depth workshop, all of which provided Facebook with more detailed confidential information.

BRG also alleges that it revealed similarly confidential information to Emerson pursuant to a non-disclosure agreement after Emerson expressed interest in acquiring BRG. Despite BRG’s alleged best efforts to keep the representatives from Facebook and Emerson separated during their visits, BRG claims that Facebook and Emerson engaged in a clandestine meeting and compared notes on what each had learned in their respective meetings, all the while Facebook continued expressing interest in partnering with BRG and requested additional information and proposals. In January 2013, Emerson announced it would begin work on modular data centers, and in May 2014, Emerson signed a contract to design Facebook’s modular data center in Lulea, Sweden. Neither Facebook nor Emerson ordered BRG products.

BRG’s Complaint further alleges that in 2014, Facebook spoke at the Open Compute Project event and presented a “rapid deployment data center” of its own. According to BRG, Facebook even provided the hardware specifications, which BRG alleges are part of its technology, to other industry members and detailed the same in a blog post, which BRG alleged stopped it from making a profit on modular sales.

Facebook moved to dismiss BRG’s Complaint based on two defenses: first, that BRG did not own the trade secrets in question, and second, that BRG did not keep it secret enough. Judge Davila rejected Facebook’s argument, finding that BRG limited public disclosure of confidential information and that Facebook essentially enticed BRG to disclose its trade secrets based on Facebook’s pretense that BRG would be asked to submit a bid to expand  Facebook’s data center. The Judge found that while Facebook’s argument about voluntary disclosure was possibly appealing, it was not enough to dismiss the case.

After contentious litigation leading up to trial, and several days into trial, Facebook settled with BRG for an undisclosed amount in April 2018. Despite moving for a mistrial after Facebook’s settlement and media coverage, Emerson continued to defend its case against BRG, and in May 2018, a jury returned a verdict against Emerson, awarding BRG $10 million in lost profits, $20 million in unjust enrichment damages, and found by clear and convincing evidence that Emerson’s misappropriation of trade secrets was willful and malicious. As of August 3, 2018, Emerson’s motion for judgment notwithstanding the verdict, arguing that the jury decided against the clear evidence, was denied.

Based on this litigation, it is further emphasized that all companies, whether Fortune 100 or individual startups, should consistently utilize a stringent and relevant confidentiality policy that includes non-disclosure agreements from the start of a new business relationship. Not only should parties be cautious in disclosing their information to customers and prospects, but parties should also be cautious in their receipt of information from customers and prospects to ensure there will be no contention that the received information was wrongfully obtained by the customer or prospect. 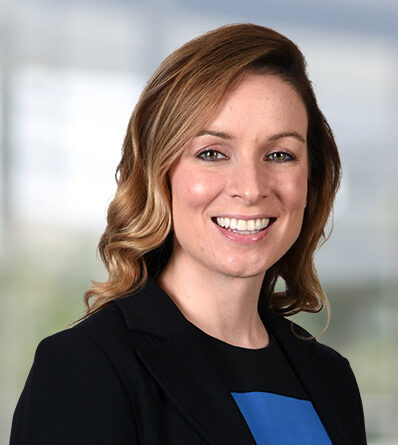