Posted on December 15, 2017 | Dianne Schifferdecker
This article was originally published on Commercial Appeal, part of the USA Today Network, as an opinion piece written by Mark Vorder-Bruegge.  Click here to view the original publication.

The Federal Communications Commission has now repealed its own 2015 “Net Neutrality” regulations. As controversial as this has been, it is just a small part of the federal government’s massive policy failure concerning the Internet.

A truly legitimate policy would be something like this: “High-speed, high-quality Internet access available to everyone at competitive prices, with minimal service disruptions and effective, user-friendly provider support.”

No version of the FCC regulations or any other agency initiatives, or Congress, or any president, has ever adopted a comprehensive policy of this type.

A legitimate comprehensive policy could be executed in one of two ways: achievement of true competition, or legal regulation. But that would require Washington to challenge the practices and enabling monopolies of the companies commonly known as internet service providers, or “ISP’s,” that bring the Internet to your home.

FCC regulations have focused on just a small piece of the total Internet environment — specifically, the practices of the ISP’s in dealing with companies that place only a small percentage of the total data on the Internet.

These companies, such as Netflix and Hulu, are often called “edge providers.” They deliver content into the Internet’s “edge,” from which it flows to subscribers via ISP’s. Prior FCC Net Neutrality regulations were mainly limited to prohibiting ISP’s from “throttling,” or slowing down, the edge providers’ data speeds via price discrimination.

The FCC has done nothing to effectively advance the broader public interest in high quality, competitively priced access to the entire Internet by end-users — you and me.

As important as it is for Netflix to pay the same as Pandora or Hulu or ESPN for the same input and delivery of content on the web, their price “neutrality” means very little if consumers cannot enjoy the full spectrum of Internet services such as email, online shopping or entertainment through quality high-speed ISP service.

FCC Chairman Ajit Pai, who worked for one of the ISP’s before his appointment, has pursued the destruction of even the limited Net Neutrality protection with a shameless campaign of spin and fabrication.

He denied the existence of monopolies in ISP markets, even though many markets have only one high-speed provider. He claimed Net Neutrality regulations have stunted the growth of small ISP’s, even though investigations have shown increases in the services of many.

Pai’s misleading techniques have set a distressing example for the large ISP’s; some have claimed that they won’t slow down the edge providers while quietly removing the same guarantees from their formal service terms.

Meaningful federal policy could be achieved, but it would take political courage. The U.S. Department of Justice could pursue a free-market approach by using the antitrust laws to eliminate monopolies in ISP markets and to foster real competition.

What consumer today wouldn’t enjoy seeing a greedy ISP put out of business by a customer-friendly competitor?

Alternatively, a public utility type of approach, such as that taken with the telephone companies in prior eras, could enable reasonable regulation of the ISP’s. It ill-behooves the ISP’s to protest regulation by denying their role in critical public infrastructure.

Not just private consumers, but cities, public colleges, our Armed Services, and virtually all components of modern society could not operate without the Internet.

Rather than piecemeal anemic regulations like the Net Neutrality circus, it is time for “Net Integrity” through coherent and honestly articulated public policy coupled with the necessary fortitude among our leaders in Washington to execute on it. 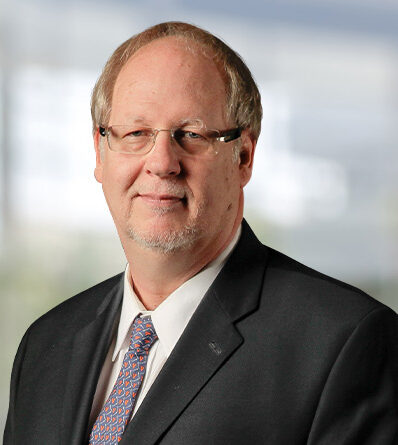