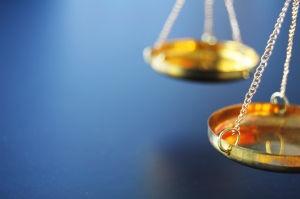 Having been sworn in as the Forty-Fifth president of the United States, Donald Trump will now appoint individuals who will leave their fingerprints on the intellectual property landscape.  Although it might not happen overnight, at some point in 2017 the President is expected to appoint a Director of the United States Patent and Trademark Office, and a new Supreme Court justice to fill the seat of Justice Antonin Scalia.  These are at least two of the significant appointments by President Trump related to intellectual property.

The USPTO Director sets the tone for hiring and promoting administrative judges, examiners, and supervisors – individuals who, collectively, exercise great power with respect to the protection and enforcement of intellectual property rights.  Also, the Director serves as the principal advisor to the President on domestic and international intellectual property policy matters.

Undoubtedly, the criteria for USPTO Director candidates will revolve around jobs.  The President has expressed the need for strengthening U.S. patents worldwide and preventing misappropriation of intellectual property as substantial factors in protecting jobs in this country.  Candidates who do not go to sleep at night thinking about U.S. jobs, and wake up in the morning doing the same, probably need not apply.  This is something all can agree upon.  But the “how” and the “who” are trickier.  Certainly, the stakeholders involved have disparate interests when it comes to the President’s decision on this appointment.  A few of the major stakeholders are the technology community, the life sciences industry, the manufacturing sector, and the IP licensing and ownership community.

Of these, it would seem as though the technology community is probably most interested in keeping the status quo, while the IP licensing and ownership community is probably the most desirous of change.  In regards to the former, the success rate for challenging patents through inter partes review has helped technology companies mitigate the effects of abusive patent litigants.  Moreover, in Director Michelle Lee, having a computer science-minded engineer and lawyer to lead the USPTO has been a positive for technology-driven companies like the cell phone industry, the computer industry, and the Googles of the world (the latter where Ms. Lee served as Deputy General Counsel and Head of Patents and Patent Strategy before accepting the position as Director under President Obama).

Conversely, some associated with the IP licensing and ownership community, and to a degree the life sciences community, would be interested in reducing the rate at which patent claims are invalidated.  Many of these invalidity determinations are based on lack of eligibility under Mayo Collaborative Services v. Prometheus Laboratories., Inc., 132 S. Ct. 1289 (2012) or Alice Corporation v. CLS Bank International, 134 S. Ct. 2347 (2014).

Since 2012, untold numbers of cases have been decided by courts and the Patent Trial and Appeal Board in the wake of Mayo and Alice, with no real bright line to enable patent owners to gauge the chances of their patent claims surviving patent eligibility challenges.  As the court stated in a recent opinion, “[i]nstead of a definition, then, the decisional mechanism courts now apply is to examine earlier cases in which a similar or parallel descriptive nature can be seen—what prior cases were about, and which way they were decided.”  Amdocs (Israel) Ltd. v. Openet Telecom, Inc., 841 F.3d 1288, 1294 (Fed. Cir. 2016).  No doubt some patent owners would desire a greater return on investment into R&D, and they would see a more balanced approach to patent challenges as a significant need.  Such interests would prefer the appointment of a USPTO Director who sets policies that favor validation, or at least ones that provide a greater degree of clarity for determining which issued patents are valid and which ones are not.

In terms of background, President Trump could appoint someone who has led the IP division of a fortune 100 business, and who would appreciate all the more the relationship between strong IP, jobs creation, and economic competition domestically and globally.  For example, some have suggested an individual from the pharmaceutical industry to lead the Patent Office, such as Phillip Johnson, head of intellectual property policy and strategy at Johnson & Johnson, or Kevin Rhodes, chief intellectual property counsel at 3M Co.

A Director with prior experience on the Court of Appeals for the Federal Circuit has been discussed for the appointment, as well.  One can see how the disciplined way judges handle issues and fact patterns would benefit such a person in this role.  Judge Randall Rader, the former Chief Judge of the patent appeals court, has been mentioned in this regard.

Among other potential backgrounds, some have advocated for a Director with registered patent attorney experience or perhaps an attorney with experience working in Big Law and handling the most important IP cases, the better to bring his or her actual real life experience representing inventors and businesses to the job as Director.  Such possible candidates include Sidley Austin partner Jeffrey Kushan, Fish & Richardson partner Michael McKeon, and senior partner at Seed Intellectual Property Law Firm in Seattle, David Carlson.

There has been much recent speculation regarding who will lead the USPTO in the Trump administration, and there are multiple unconfirmed reports that Director Lee will remain in her current position.  Congressman Darrell Issa, the Chairman of the House Subcommittee on Patents, informed tech industry leaders at a breakfast on January 19, 2017 that she was expected to stay on.   However, the USPTO has repeatedly declined to comment.

At the end of the day, we probably need a crystal ball to predict with certainty who the next director of the USPTO will be.  But for those whose fortunes are more closely associated with the strength of their patents, this appointment of USPTO Director probably will have a greater impact than the appointment of Justice Scalia’s replacement.  After all, even in a busy year for IP cases, the Supreme Court has only heard a handful of such cases.  Of these, many were decided unanimously or with near unanimity.

But we do know, with certainty, that the new Director will be extremely busy in the coming years.  Whether overseeing refinements to the comprehensive reform created by the America Invents Act, addressing backlog at the Office and before the Patent Trial and Appeal Board, or taking on myriad challenges and opportunities to increase IP protection and foster job creation and retention, this person will need a unique and multi-faceted skill set.