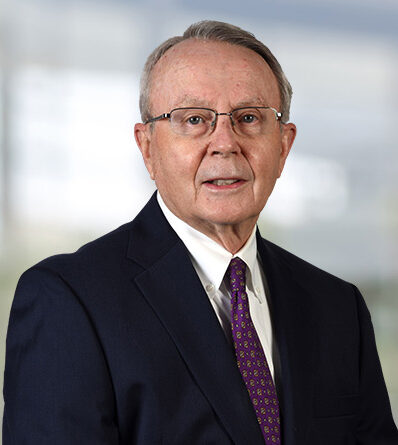 Grover Potts is a member of the Firm’s Real Estate & Lending Service Team.  He concentrates his practice in the areas of business, real estate, labor and employment, commercial litigation, municipal and zoning law.

Mr. Potts represents a broad range of clients from governmental units and agencies, to closely-held companies and multinational Fortune 500 corporations.  He is General Counsel to the largest private university system in Kentucky, and also serves as General Counsel and a member of the Board of Directors of a multinational dental supply and restoration company.

Mr. Potts has also represented a local redevelopment authority in the first privatization in place of a military installation, Naval Ordnance Station, Louisville, converting the facility to a publicly owned industrial park and preserving over 2000 jobs for the community.