On October 2, 2017, the Supreme Court of the United States heard three combined cases raising an important legal question that likely will affect innumerable employment contracts used in this country.  The Court heard Epic Systems Corp. v. Lewis, Ernst & Young, LLP v. Morris and National Labor Relations Board (NLRB) v. Murphy Oil (USA).  The Court’s ruling in these three cases will determine the validity of arbitration clauses that waive or prohibit the employee from pursuing collective, class or joint actions in court or in arbitration proceedings.

The lower courts have differed on this question, and the oral argument before the Supreme Court indicates the Justices are likely to split in what could turn out to be a closely decided ruling, perhaps with a thin majority of Justices (i.e., potentially a 5-4 decision).  No one knows for sure how the case will be finally decided by the Supreme Court, and predictions about how the Justices will rule, at this juncture, are premature at best.  The questioning that occurred during oral argument seems to suggest that it is unlikely the Court will be rendering a unanimous ruling, but rather a split decision.

Leading up to these cases being heard by the Supreme Court were many lower court decisions that interpreted the Federal Arbitration Act to mean literally what it says:  that any and all arbitration clauses are enforceable according to their terms.  However, several lower courts, as well as the Obama Administration’s general counsel to the National Labor Relations Board, interpreted the National Labor Relations Act and the Norris LaGuardia Act to mean that employers were prevented from interfering with employees’ right to pursue “concerted activity” in the workplace, and employer interference would amount to an unfair labor practice.  The NLRB and some lower courts interpreted “concerted activity” to mean employees have the ability to band together and pursue collective or class action lawsuits or other joint legal remedies including joint, collective or class action arbitrations.

Interestingly, soon after the Trump Administration took over in January 2017, the Solicitor General’s Office of the Attorney General decided to swap sides in these cases – siding with employers and opposing employees’ position that such clauses violated their right to pursue “concerted activity.”  At the Supreme Court, the NLRB’s lawyer continued to argue the side of employees, partially because the Trump Administration’s new NLRB general counsel nominee, Peter Robb, was recently nominated on September 22, 2017 and has not been confirmed by the United States Senate.

The three cases are definitely ones to watch, as they could potentially become landmark decisions in the labor and employment law arena.  One poignant moment in the oral arguments before the Supreme Court occurred when one of the lawyers answered a question from one of the Justices pointing out that as many as 25 million employment contracts currently in existence in the United States could be affected by the Court’s ruling.  That number alone is sobering to anyone pondering the potential ramifications of the Court’s forthcoming ruling.

Regardless of outcome, you may want to continue to watch this blog space over the next several months as the Court is expected to rule sometime before July 2018. 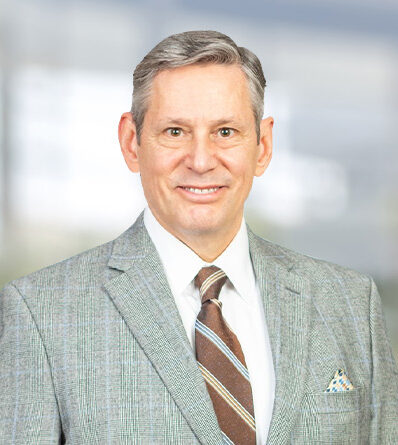