Should Your Company “Ban the Box”?

There’s a question on most job applications that will make a candidate sigh in relief or disappointment, with no middle ground: “have you ever been convicted of any misdemeanor, felony, or other crime?”  If you check the “yes” box, you know there’s little chance you’ll get a call back, much less an interview.

Of course, there are variations of this question, but regardless of its form, it’s led to an outcry from activists to “ban the box.”  Former President Barack Obama explained in 2015 that Americans who have paid their debt to society should have better access to a second chance in their job search.  In 2017, Kentucky Governor Matt Bevin challenged private employers to ban the box on their job applications after he signed an executive order stopping the practice in state agency hiring.  Some state legislatures and jurisdictions also acted in what has often been a bipartisan effort, but the changes vary almost entirely state-by-state.  In addition, companies like American Airlines, Coca-Cola, Facebook and Google have decided to ban the box on applications.

Louisville is the only municipality in Kentucky with a “ban the box” ordinance, and it only applies to contractors who do business with the city.  The ordinance is more discretionary than mandatory as the city decides which vendors or contractors to hire.  A “ban the box” bill was introduced in the Kentucky House of Representatives in 2018, but didn’t get much traction.  Likewise, Indiana doesn’t have a “ban the box” statute, but the city of Indianapolis doesn’t allow criminal history questions until after the first interview.  Tennessee actually preempts cities and counties from extending any “ban the box” ordinance to private employers.

Why ban the box as a private employer?

It’s estimated that about as many Americans have criminal records as college diplomas, so nearly a third of potential U.S. workers must check that box on job applications, according to the Brennan Center for Justice at New York University School of Law.  Additionally, a recent study by the National Institute for Justice showed that applicants with criminal histories had much better chances of getting a job after interviewing.  Many times, the box serves as an instant rejection to a potential candidate, which can be not only harmful to the applicant, but decreases the pool of potential employees significantly. According to the National Employment Law Project, job applicants with criminal histories were recommended three times more often in Durham, North Carolina after the city banned the box.

For employers struggling with small pools of unqualified candidates, banning the box could be a potential solution.  Additionally, employers who are uncomfortable with taking criminal history completely out of the equation can tailor their needs by asking during interviews or the hiring process.  Narrowing the question to the needs of your company is another good way of making sure qualified candidates do not fall through the cracks.

If you’re interested in taking this approach to hiring, but have questions about the current laws in your city or state, Wyatt can help you navigate the options.

Lexy Gross is a Summer Associate in Wyatt’s Lexington office.  She is a second-year student at the University of Kentucky College of Law.  Lexy is the incoming editor-in-chief of the Kentucky Journal of Equine, Agriculture and Natural Resources Law and she served for a year as the Student Bar Association secretary.  Last summer, she worked for U.S. District Court Judge Joseph M. Hood and as a summer clerk at the Children’s Law Center in Lexington.  Lexy graduated from Murray State University in 2015 with a B.S. in Journalism and Political Science. While at Murray State, Lexy was named a national Roy W. Howard Collegiate Reporting Competition Scholar through Indiana University. She also received the national Mabel Lee Walton Community Service and Leadership award from Sigma Sigma Sigma National Sorority. Before attending law school, she worked as a reporter in Louisville, Lexington, Chicago and Nashville. 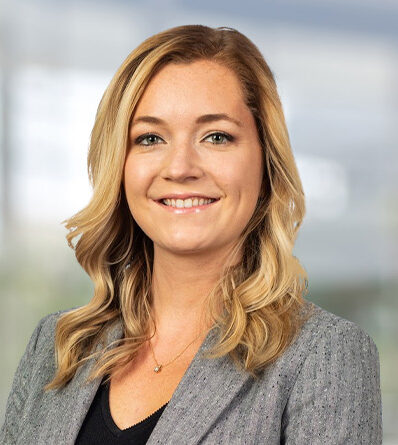 Lexy Gross
Lexy Gross is a member of the firm’s Litigation & Dispute Resolution team. She assists with the representation of a broad range of clients in a variety of cases, including appellate practice, constitutional law and commercial litigation. Read More
Recent Posts
Kentucky Medicaid Prior Authorization Guidance Extended through April 30, 2021.
HHS Won’t Enforce Penalties for Good Faith Use of COVID-19 Vaccination Scheduling Technologies
Kentucky to Start Phase 1C of COVID-19 Vaccinations on March 1
Topics
ban the box
bipartisan
convicted
Follow us via Email
Enter your email address to follow the Employment Law Report blog and receive notifications of new posts by email.
Previous
Next