The Federal Circuit issued an important en banc ruling in August expanding what can constitute direct infringement of a method claim when one actor does not perform all of the elements of the claim at issue. See Akamai Technologies, Inc. v. Limelight Networks, Inc., 797 F.3d 1020 (Fed. Cir. Aug. 13, 2015) (“Akamai II”). This concept is referred to as “divided infringement” or “joint infringement.” Previously, if a single actor did not perform all of the steps of the claim, that actor could only be liable for direct infringement if the accused infringer was found to be the “mastermind,” exercising direction and control over the other entities such that the actions could be attributed to it. See Akamai Technologies, Inc. v. Limelight Networks, Inc., 786 F.3d 899, 904 (Fed. Cir. May 13, 2015) (“Akamai I”). “Direction or control” for such a finding was very narrow and the Federal Circuit had stated that this would be satisfied in instances where the “law would traditionally hold the accused direct infringer vicariously liable for the acts committed by another party . . . [and] may occur in a principal-agent relationship, a contractual relationship, or in circumstances in which parties work together in a joint enterprise functioning as a form of mutual agency.” Id. at 904-905. This previous standard essentially excluded from infringement any instance where a customer performed any of the steps of a claim in a method patent.

The Supreme Court recognized the narrow scope the Federal Circuit had circumscribed for direct infringement and invited the Federal Circuit to revisit this standard. See Limelight Networks, Inc. v. Akamai Techs., Inc., 134 S. Ct. 2111, 2120 (2014) (“Our decision on the § 271(b) question necessitates a remand to the Federal Circuit, and on remand, the Federal Circuit will have the opportunity to revisit the § 271(a) question if it so chooses.”). The Federal Circuit took the Supreme Court up on its offer, and, in Akamai II, expanded when there can be a finding of direct infringement of a method claim, even when the accused infringer does not perform all of the steps of the claim. See Akamai II, 797 F.3d at 1023-1024. This expansion has been recognized by at least one court. Wisconsin Alumni Research Found. v. Apple, Inc., No. 14-CV-062-WMC, 2015 WL 6453842, at *4 (W.D. Wis. Oct. 26, 2015) (“the Federal Circuit is certainly moving in the direction of a more expansive view of what satisfies control and direction in order to bring a third-party’s actions within the purview of the alleged infringer.”).

In Akamai II, the Federal Circuit first reiterated that “[d]irect infringement under § 271(a) occurs where all steps of a claimed method are performed by or attributable to a single entity.” Id. at 1022. The Federal Circuit further stated that an entity is responsible for another’s performance of certain steps of a method patent claim in two sets of circumstances “(1) where that entity directs or controls others’ performance, and (2) where the actors form a joint enterprise.” Id. The Court also stated that it would “continue to consider general principles of vicarious liability” to determine if an entity directs or controls the acts of another. Id.

However, and despite these earlier statements, the Federal Circuit then broadened what would be considered direction or control. Specifically, the Court stated that not only is there direction or control when an actor acts through an agent or contracts with another to perform the steps, but also “when an alleged infringer conditions participation in an activity or receipt of a benefit upon performance of a step or steps of a patented method and establishes the manner or timing of the performance.” Id. at 1023. The Federal Circuit made clear that in such cases, “the third party’s actions are attributable to the alleged infringer such that the alleged infringer becomes the single actor chargeable with direct infringement.” Id. (emphasis added). The Federal Circuit also further discussed the joint enterprise aspect of divided infringement but concluded the section of its opinion by stating “Section 271(a) is not limited solely to principal-agent relationships, contractual arrangements, and joint enterprise, as the vacated panel decision [Akamai I] held.” Id.

Importantly, and in a clear departure from prior precedent, the Federal Circuit found that the accused infringer in the case, under this new formulation, did direct or control its customers sufficient to attribute its customers’ acts to it for purposes of a finding of infringement. Specifically, the Court found that “[the defendant’s] customers do not merely take [defendant’s] guidance and act independently on their own. Rather, [defendant] establishes the manner and timing of its customers’ performance so that customers can only avail themselves of the service upon their performance of the method steps.” Id. at 1024. The fact that, at least under certain circumstances, the acts of customers can now be attributed to the accused infringer for purposes of a direct infringement claim illustrates the expansion of divided infringement liability, something of which all companies will have to be aware.

It is likely that this is not the last we will see of the divided infringement debate. The Federal Circuit took up the opportunity after the Supreme Court first punted on the question, then told the Federal Circuit it may want to look at it once the case was remanded. See Limelight Networks, 134 S. Ct. at 2120. As this ruling appears to expand when an entity can be found to infringe directly, it is quite possible that the Supreme Court will take a look at this issue in the not too distant future. 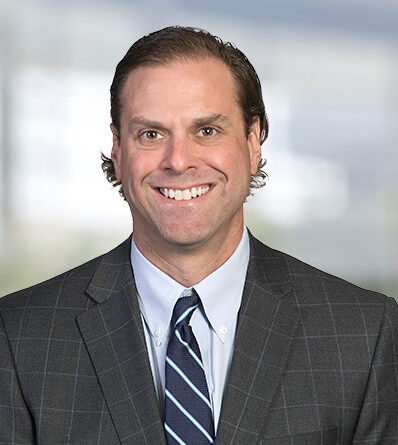